Is it true that spoken words are responsible for the emotional wounds we feel? If there was something else at play would you want to know what it was?

A breakthrough in your relationships starts with a breakthrough in your thinking ~ because of the way the brain encodes language as emotion, shifting the conflict in relationship is akin to speaking a new language. What’s interesting here is that the process that allows this to happen is the same process our brains use to make sense of music. When you see how the brain does this it just might change the ending of a famous saying for you: sticks and stones will break your bones, but words… well, words will become music to your ears.

Surprisingly though, the key that unlocks this emotional transformation isn’t found in clarity around what you heard, but rather remembering what it is that you really want for that situation.

Jarrod Haning is the author of “Trying harder won’t get you there” and works as a performance coach with Mindset Performance where he trains leaders in the thinking patterns of success. If someone keeps running up against the same old obstacles and conflicts, it’s probably not for lack of trying. If that’s been happening there could be a blind spot in their thinking patterns that has been tripping them up. After all, you can’t avoid what your brain can’t see.

When he isn’t on stage speaking or training, you’ll find him performing with the South Carolina Philharmonic or competing with his 7 year old for the coveted “tickle champion of the world” title. As an award-winning speaker, Jarrod Haning trains companies in the psychology of music. When you know how music creates inspiration in you, then you know how to create inspiration in other people. By revealing the subconscious mechanism that drives our emotional response to music and language, Jarrod is able to give his audiences some very unique tools for getting what they want. He is the principal violist for the South Carolina Philharmonic. He has been called the “Seth Godin of music” and the “golden boy for music.” With performing experience in 14 professional orchestras and over 20,000 hours of practice he is able to deliver some powerful secrets on performance, productivity, and persuasion. As an expert in music, he has helped doctors, lawyers, nurses, clergy, managers, HR professionals, teachers, non-profits, CEOs, entrepreneurs, sales reps, realtors, pilots, and more impact their world with breakthrough results. 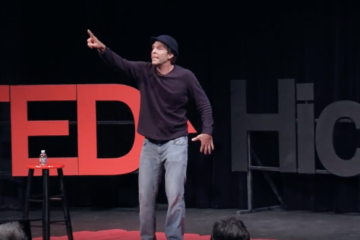 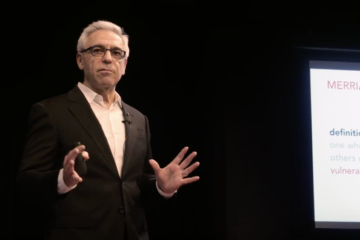 When you hear the word “bully,” do you think of the overt schoolyard type? Long-time equality advocate Mitchell Gold says what we need to do is to focus on the covert types. He believes we Read more…